From Linux Gaming
Jump to navigation Jump to search

Heroic is an open-source game launcher that primarily supports launching games from the Epic Games Store by leveraging Legendary CLI tool. Heroic aims to be an easy-to-use game launcher with features like a per-game Wine prefix with the ability to easily switch between Wine versions.

Heroic Games Launcher is built upon Electron and uses Legendary to interact with Epic Games Services.

Before installing Heroic it is recommended that you have a working installation of Wine and winetricks on your system.

All installation methods for Heroic are listed on their GitHub

Arch, Manjaro, Garuda, and other Arch based distributions[edit | edit source]

Install it from the AUR, for example using Pamac:

Alternatively you can use an AUR helper of your choice, for example paru, or yay:

Debian, Ubuntu and Derivatives such as Pop!_OS[edit | edit source]

Download the heroic_x.x.x_amd64.deb from the GitHub Releases section. If your OS supports this, you can simply open the downloaded .deb file to begin the installation.

Otherwise, you can install it via dpkg by bringing up a terminal and running the following command

Note: amd64 here refers to system architecture which this package supports. Make sure that your system is compatible with the program you are trying to install.

Download the heroic-x.x.x.AppImage from the GitHub Releases section. Make sure you have curl and gawk installed, normally it comes installed in most distros. 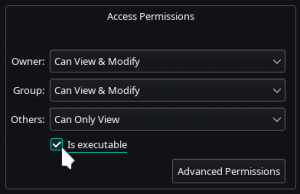 Or You can do the same using terminal

Now you can run the Heroic AppImage.

Heroic can be installed via Flatpak with app stores such as Discover and Pop!_Shop.

Installing games is as easy as going to the library and selecting a game that you want to play. If you have already downloaded the game and you just want to import it then press on Import Game otherwise press Install to start installation in the specified folder. 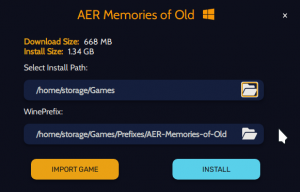