From Linux Gaming
Jump to navigation Jump to search

Lutris is a Linux gaming app that primarily provides installers for games not available on Steam. It can also act as a single app for your whole game library.

You can also install game launchers like the Origin Client, Battle.net, and the Epic Games Store. Lutris also lets you import game launchers from various sources, such as GOG, Humble Bundle, and Steam.

For example, on Pop!_OS, go to the Pop Shop and search "Lutris".

See Lutris's download page for more ways to install it.

The most important feature of Lutris is that you can install games and launchers not found on Steam using install scripts. If you want to use an install script, click the + button on the top left, then click "Search for install script on the Lutris website". 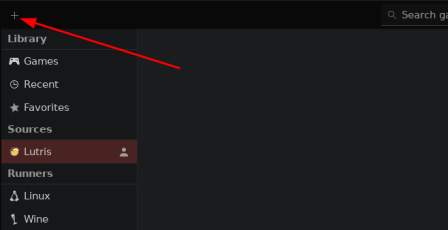 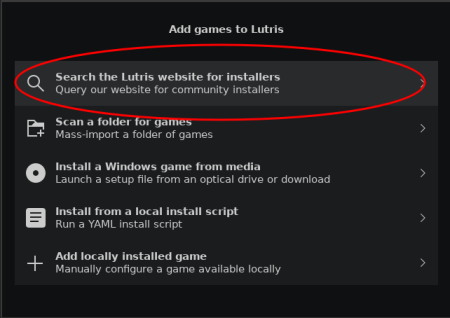 Then, search for the game you want to install and select the game from the search results. 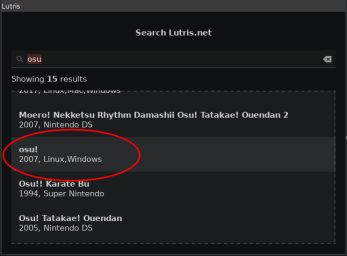 A new window will appear with option(s) , so pick what seems most standard. If your first choice doesn't work, you could try the other ones.

Typically, when installing a game, Lutris will ask if you want to download certain files. 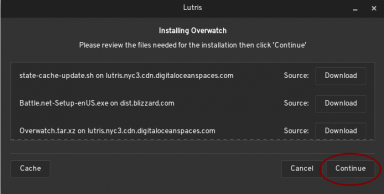 Review the files to make sure everything looks okay, and then just press continue. Don't worry about the individual download buttons.

Install games that you own on GOG, Humble Bundle, and Steam[edit | edit source]

Login to these stores by navigating to their tab in Sources, and logging in to them by clicking the Connect icon. 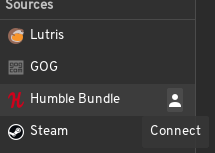 After logging in, Lutris should display the games you own from that store.

You can also improve visuals with:

This is NOT what you would usually do when installing a game! Only do the following if there is no install script!

This video guide explains how to install a game with a Lutris install script in more depth.

If you encounter an issue installing your game, look up the game's name on the Linux Gaming subreddit to see if anyone's had the same issue and solved it. You should also check whether the game currently runs on Linux.

(if the above does not work)

Winetricks is an easy way to do various stuff with Wine, including but not limited to installing libraries and other dependencies for your games.

What are runners?[edit | edit source]

Runners are "methods" to run your programs.

Linux is for native Linux games. Steam is for Steam games - though, using Steam itself to run those games is easier. Wine is what you want to use for every other Windows game. Other runners are available, these are mainly emulators for various consoles, or DOS (DosBox)

Where are save games?[edit | edit source]